The Daily Hampshire Gazette reported today that the town of Pelham, a small community east of Amherst and north of Belchertown, will be holding off on a proposal for a moratorium on new building until autumn.

The town of Pelham was the home of Daniel Shay of Shays’ Rebellion. This is a photo of the site where Shays’ army camped in 1787. The town hall (right) was where meetings where Shay and other Pelham residents met to discuss their grievances.

The proposal would only affect locations where a septic system would be required, not in locations where there is public sewer. If passed in the fall, the new building moratorium will last 18 months.

An Amherst sewer line extension into Pelham prompted the proposal, according to an earlier Gazette article. An April 25 article covering a public hearing for the project explained that the planning board proposed the moratorium as a way, “to give the town a chance to study the implications for development.”

The towns of Pelham and Amherst will be extending the Amherst sewer line from the Amherst-Pelham town line to the Amherst wastewater treatment plant on Amherst Road in Pelham. According to the Gazette, the extension will allow wastewater from the facility in Pelham to the one in Amherst.

“The project could have significant development implications in tiny Pelham, where residents previously lacked access to municipal sewer and water. It has bee difficult to get land to pass percolation tests [needed for the installation of septic systems], which has limited development.”

Students of American History my recognize Pelham as the home of Captain Daniel Shays, who was one of the leaders a rebellion (1786-1787) that forced a shut down of county courts to stop judicial hearings for tax and debt collection in the wake of a post Revolutionary War economic depression. Historians continue to debate the impact that Shays’ Rebellion had on the development of the United State Constitution.

Specializing in western Mass Real Estate, call Michael Seward at 413-531-7129 if you are looking to buy or sell a home in the Pioneer Valley.

Click on photo to read more and view an HD narrated video tour! 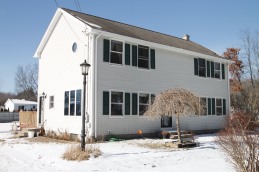 Click on pic to read more and view an HD narrated video tour.

Click on the photo to read more and view an HD narrated video tour.

Click on image to view a narrated video tour, slideshow, and to read more about this property, 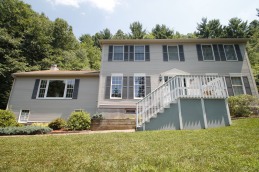 Click on photo to read more about this property and to view the video tour.

Click on photo to read more about this property and to view the narrated video tour.

Click on image to view video of this property.

Michael Seward is REALTOR serving the Pioneer Valley. He has been representing home buyers and home sellers in the area for 10 years and is an expert in internet real estate marketing.